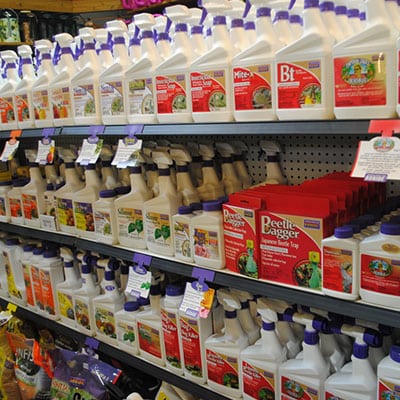 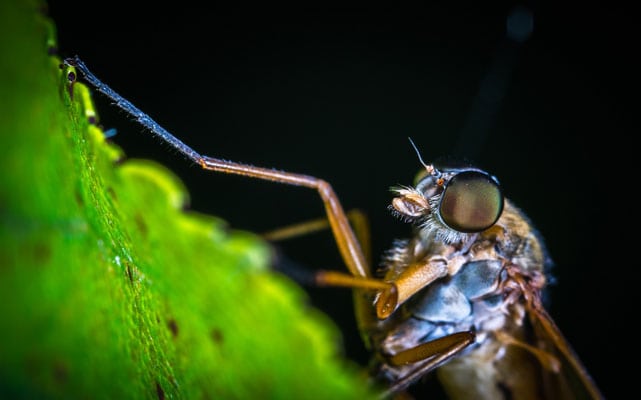 We frequently have gardeners come to us with plants damaged by garden pests or diseases who want a remedy for the problem but have concerns over the ecological soundness of applying insect control chemicals to their home landscape. In response to consumers’ increased awareness of the interconnectedness of the biosphere, manufacturers of garden products have put research, development, and marketing dollars into creating a complete line of earth-friendly garden pest and disease control products. As a result, we are pleased to be able to reassure these gardeners who come to us for assistance and offer them eco-friendly solutions for disease, weed, and insect control.

One manufacturer, in particular, Bonide, has made great strides in this direction and – along with their line of more traditional garden products – now offers a complete “Garden Naturals” line. They have also devised an easy visual packaging guide to assist consumers in differentiating one line of products from the other; the traditional line displays a purple label while the Garden Naturals line displays a tan label. At Heyden’s Gardens, we carry a full line of both traditional and natural products but will address only the natural products for the purposes of this article.

Note: In order to minimize harming honeybees we recommend that all spraying be conducted at times when bees are not actively foraging, such as late evening or very early morning

There are so many insect control options available to the organic gardener, that it’s impossible to list them all. The products we carry at Heyden’s Gardens in Cedarburg fall into a few general categories:

Oils pose a very low risk to people or to most beneficial insect species, and they quickly dissipate, thereby leaving little or no residue. They may need to be applied multiple times throughout the season to control new populations of damaging insects. Oils should not be applied on hot sunny days as to do so can cause burning of plant tissue.

These oils suffocate damaging insects by blocking the air holes through which they breathe.

These oils act primarily as an insect repellent/deterrent but many also are toxic to harmful insects.

Neem oil is derived from the seed of the Neem tree, which is native to Asia and India. This oil is relatively new on the natural insecticide scene and is actually rather amazing in that it acts not only as an insecticide but also as a miticide and a fungicide! Neem oil is usually sprayed on new foliage but can also be applied as a soil drench and will be taken up systemically by the plant tissue to control chewing & sucking insects. Neem is non-toxic to beneficial insects since insects need to ingest it to be affected. Neem oil acts in a different way than many insecticides and it is important for the gardener to understand that you will not see an immediate knockdown of insects but rather a slow but significant decline in populations. Rather than being a simple poison, Neem enters the system and interferes with the insect’s hormones, causing them to stop feeding and stop breeding.

Insecticidal soap works in a similar action as horticultural oil in that it effectively suffocates soft-bodied insects such as aphids, spider mites, thrips, whiteflies, and caterpillars. It is ideal for houseplants and edible crops as it does not persist in the environment and may be used up to the day of harvest.

BT is a naturally occurring bacterium that is an effective biological insecticide for use on caterpillars, mosquito larvae, and fungus gnats. The bacteria interfere with the digestive processes of the caterpillars, causing death.

Spinosad is a relatively new insect killer that is especially effective against caterpillars and thrips, which are the two most common pests on annual and perennial flowers. Spinosad is derived from the fermentation of a naturally occurring soil bacterium and is safe for adult butterflies, most insect predators & parasites and is in the safest human health category. Care should be taken, though, to apply when bees are not active as it is toxic if sprayed directly on them but safe for bees once it dries. Spinosad has been awarded the Presidential Green Chemistry Challenge Award for products that reduce negative impacts on human health and the environment. 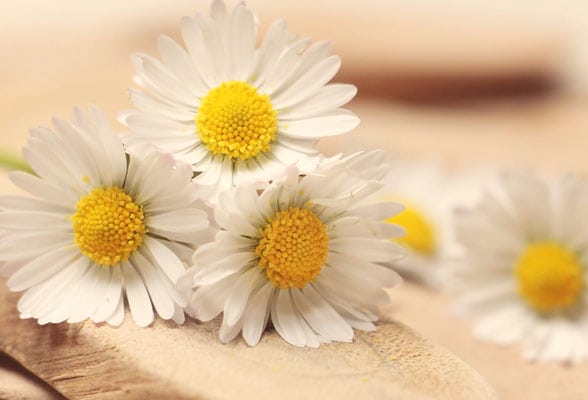 Pyrethrins are an organic insecticide derived from the Daisy (Chrysanthemum) plant. This is an effective insect killer that causes death by disrupting the nervous system. It is a non-selective insecticide, though, and will kill any insect that it contacts, including beneficial insects, so use care when applying.

Biofungicides (e.g. ‘Serenade’, ‘Revitalize’) are beneficial bacteria that colonize the plant’s tissue and protects it from harmful pathogens. While biofungicides are highly effective in preventing fungal diseases, they are not curative so must be applied before the disease pathogens are present.

Sulfur is the oldest recorded fungicide and has been used for thousands of years on agricultural crops. It prevents fungal spores from germinating, so it must be applied before the disease develops for effective results. Be aware that sulfur will burn plants if applied in extremely hot weather or in combination with horticultural oil sprays.

Copper fungicides are effective against both fungal and bacterial plant pathogens so can be used to prevent mildew disorders as well as bacterial leaf spots and blights. Like sulfur, to avoid plant damage copper fungicides should not be applied during hot, humid weather.

Neem oil, which is a natural insecticide, also kills the spores of powdery mildew.

Corn gluten meal (CGM) is a high nitrogen by-product of corn milling that acts as a natural pre-emergent herbicide by inhibiting root development during seed germination. CGM will not kill existing weeds but will stop or decrease the germination of weed seeds in the soil.

This is a people & pet safe non-selective contact herbicide composed of natural clove oil and citric acid. It kills weeds by burning the foliage so is most effective when applied on a sunny day. It successfully kills roots in young, newly germinated weeds.

We carry a large selection of highly effective repellents for garden pest animals such as deer & rabbits as well as mosquitoes and other insects. Their formulations vary but all are composed of entirely natural, safe ingredients that act as either a scent deterrent (fragrant oils or stinky egg, garlic, etc.), a taste deterrent (pepper or castor oil), or both. 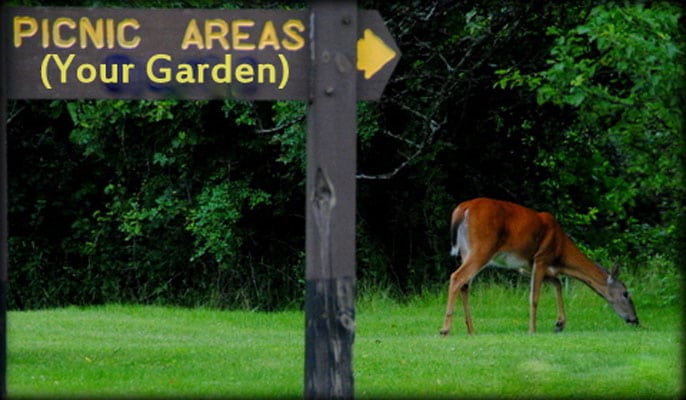 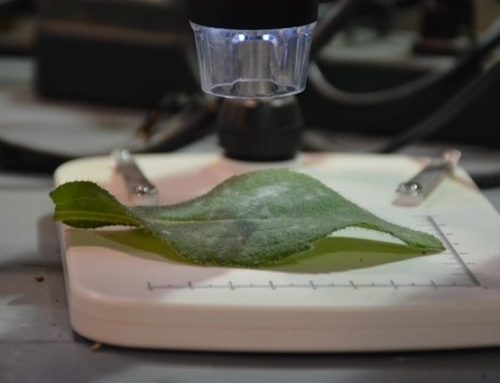 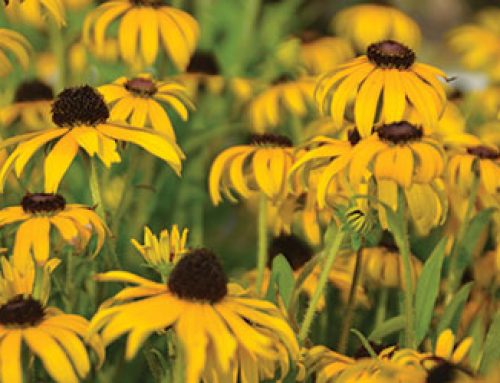 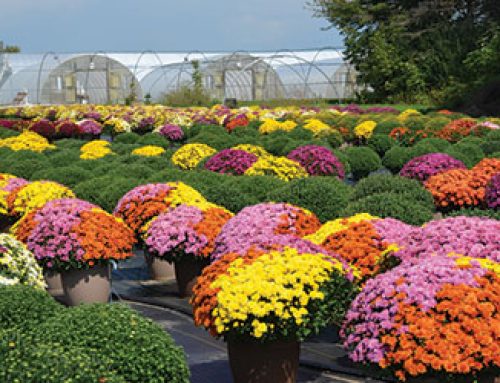 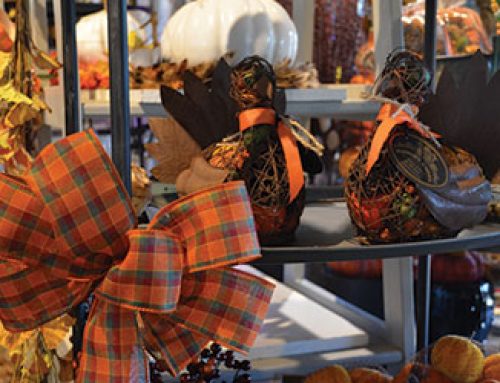