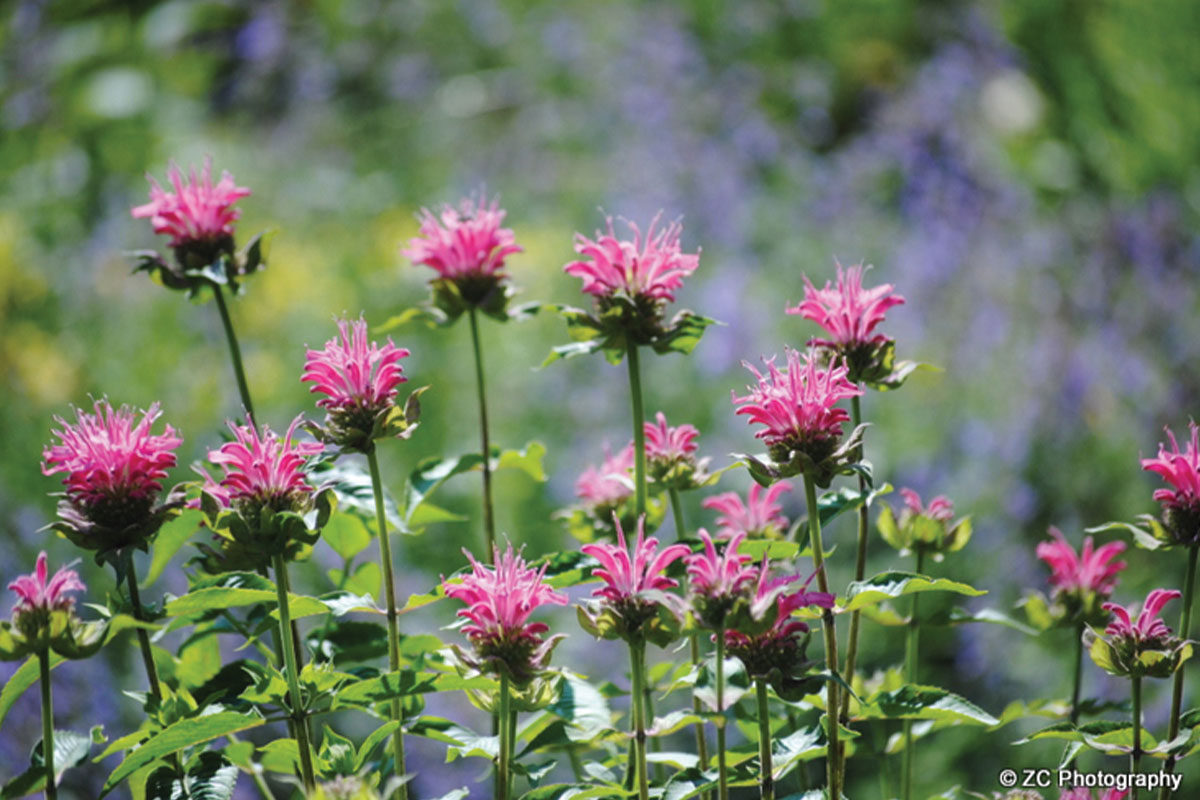 My friend Cheryl calls Beebalm her “fireworks” plant and prizes it as the highlight of her 4th of July garden. Its unusual flower heads are a whorl of showy fire-engine red, funnel-shaped flowers surrounded by subtly colored leafy bracts – giving the effect of exploding fireworks! Combined with white Astilbe and blue Salvia, her garden earns lots of compliments in early July.

Beebalm has been valued as a garden plant for generations and has a rich history as an herb as well. One of its common names is Oswego tea as its leaves were used for tea by the Oswego Indians of New York State. Later, colonists used it as a substitute for British tea in protest of the Tea Tax which led to the Boston Tea Party of 1773.

In Wisconsin, we have two native beebalm species. The first is Spotted Beebalm (Monarda punctata), which bears curious multi-tiered chartreuse, yellow, and pastel pink/lavender flowers in summer.  I love it, but it is rather an acquired taste.

Our second Wisconsin native Beebalm, Monarda fistulosa, blooms with lavender flowers in late summer and is a lovely addition to a prairie or naturalized garden.

Cultivated hybrid selections can be found in a tremendous range of sizes and colors and can be used in many different garden situations. The dwarf selections form compact mounds of color and are ideal for the front of the border, while the taller varieties will weave through the cottage garden and also make a great cut flower. Flower colors include a range of lavenders and purples as well as pinks, whites, raspberries, and true reds.

Beebalm in the Mint Family

As a member of the mint family, Beebalm has a pleasant minty fragrance that makes it disagreeable to deer and rabbits. Another mint family characteristic that they exhibit is the tendency to spread rapidly from shallow, running rootstock. Give this plant room to run!

Beebalm is adaptable to a variety of soil types but required well-drained winter soil as its shallow roots will freeze in low-lying areas that accumulate ice during the winter.

Older varieties are prone to developing powdery mildew during humid summer weather. While this fungal disease will not kill the plant it can be quite unsightly and lead to significant defoliation. We recommend selecting mildew-resistant varieties. 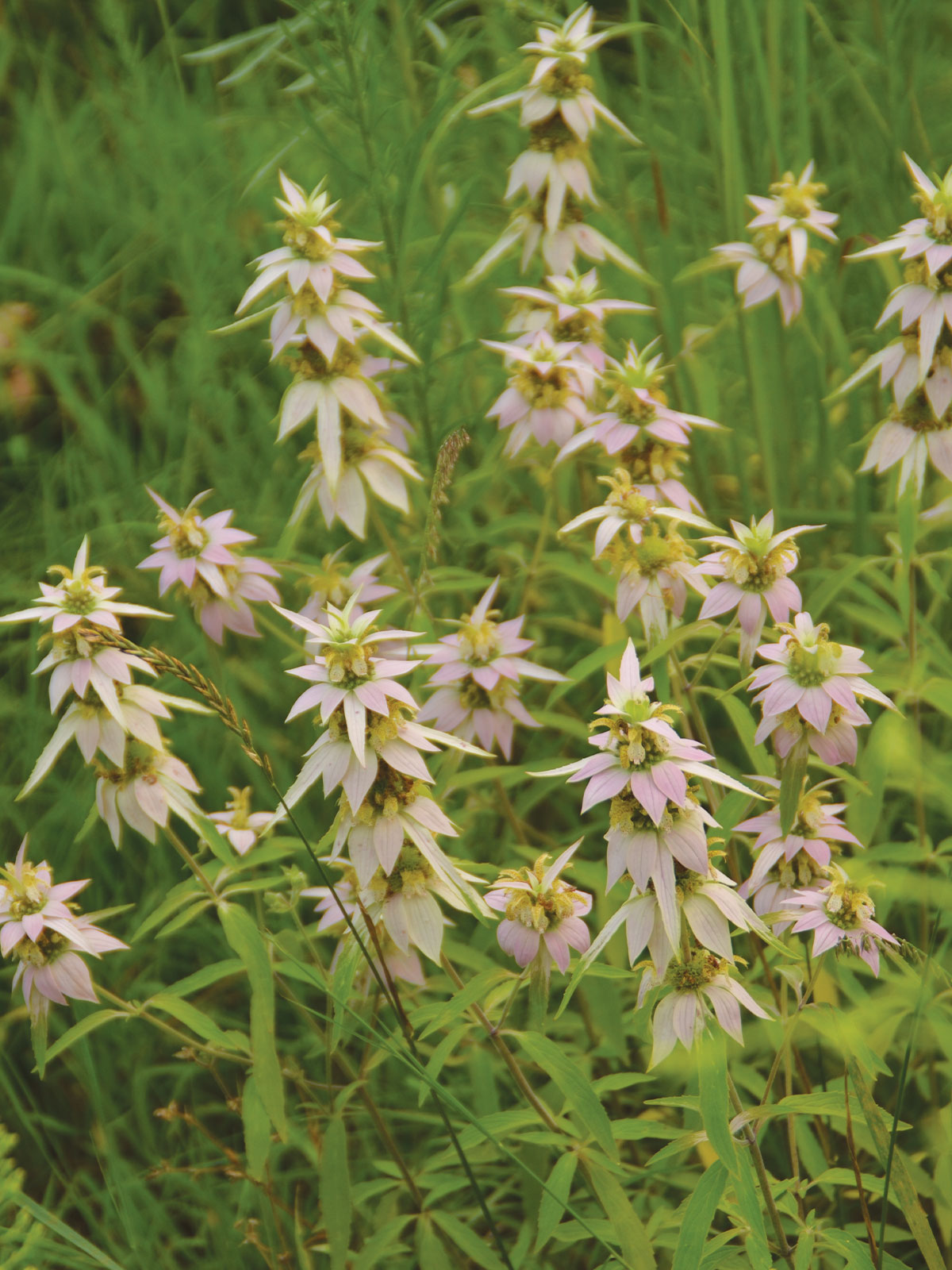 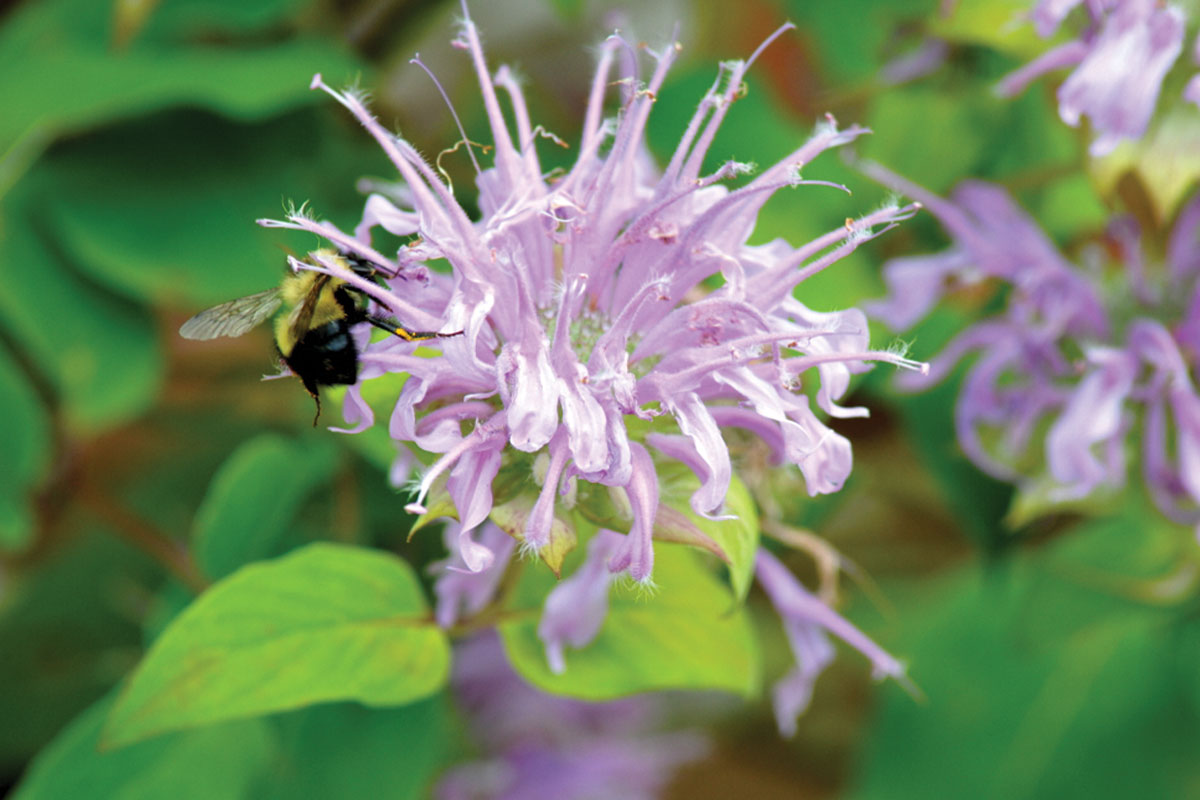 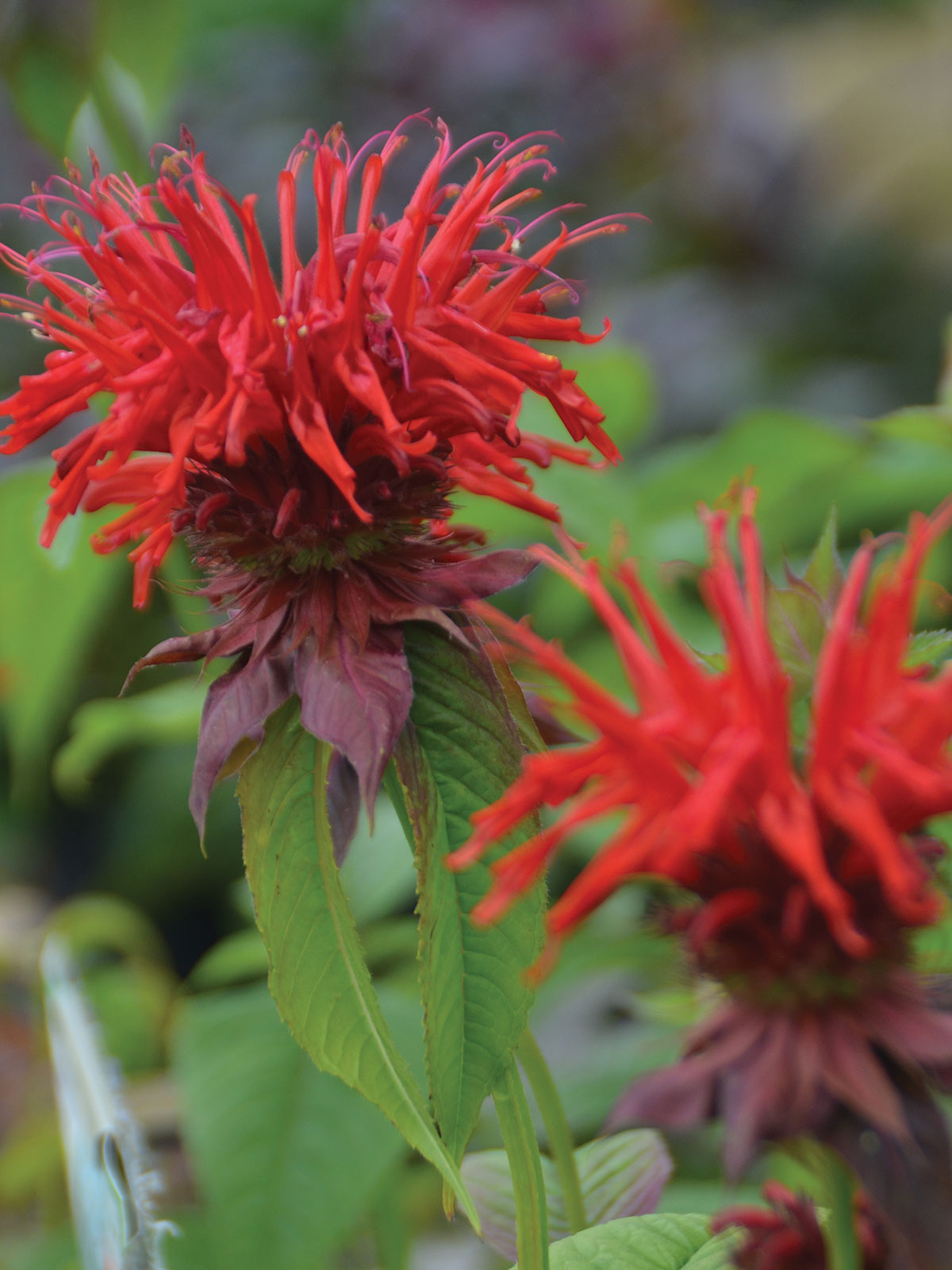 Beebalm in a Nutshell