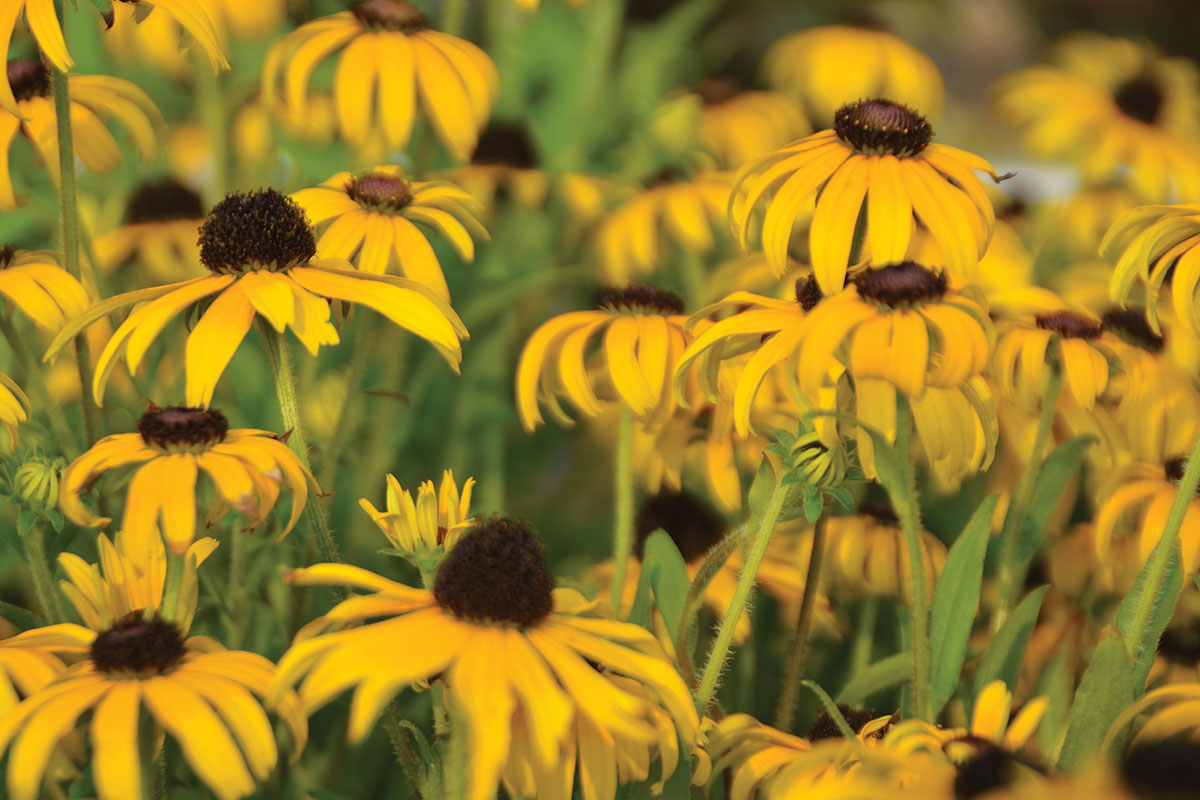 The Perennial Plant Association, a professional association composed of growers, garden retailers, landscape designers, and horticultural educators, has selected ‘American Gold Rush’ Black-Eyed-Susan as the 2023 Perennial Plant of the Year. Due to the collective expertise of the professionals voting on this designation, we have high regard for this title and are pleased to share information about this year’s award winner.

‘American Gold Rush’ is a new, disease-resistant introduction that is poised to take the place of its more disease-prone cousin, ‘Goldsturm’ as one of America’s favorite perennials.

The Black-Eyed-Susan cultivar ‘Goldsturm’ (Rudbeckia fulgida var. sullivanti cv. Goldstrum) won the Award of Garden Merit of the Royal Horticultural Society in 1993 and was named PPA’s Perennial Plant of the Year in 1999. For many years it was one of the most popular perennials on the market, and with good reason. It was extremely hardy, tolerant of neglect, produced a beautiful display of showy flowers for many weeks in late summer and fall, and was resistant to deer browsing.

Then came trouble. A fungal leaf disease that bore the very name of its target, Septoria rudbeckiae, struck hard. While the disfiguring disease, which causes widespread dark-colored spots on the foliage, was first described in 1890 it wasn’t until around 2010 that it became so ubiquitous that it rendered ‘Goldsturm’ essentially obsolete. Although the fungus has been recorded to affect several Rudbeckia species, ‘Goldsturm’ was the most susceptible cultivar.

Plant breeders set to work to find a ‘Goldsturm’ look-alike that would be resistant to this damaging fungal disease. Renowned plant breeder Brent Horvath of Intrinsic Perennial Gardens in Illinois struck gold with ‘American Gold Rush’. Its leaves are thinner and hairier and in extensive trials have shown no sign of Septoria leaf spot disease, even in wet, humid conditions.

Gardeners who have missed the glorious late-season sweeps of gold provided by Black-Eyed Susans will be delighted to welcome this disease-resistant newcomer. 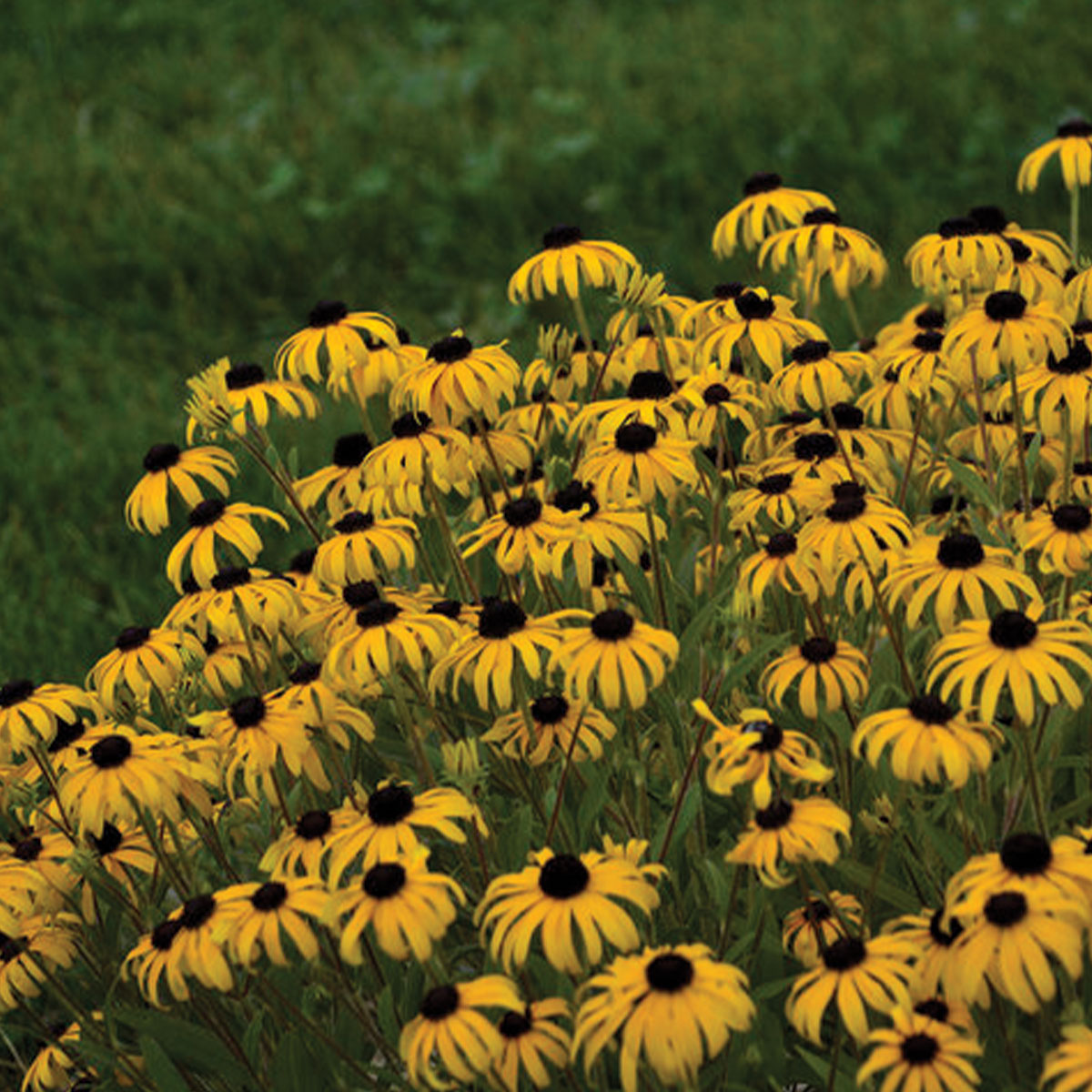 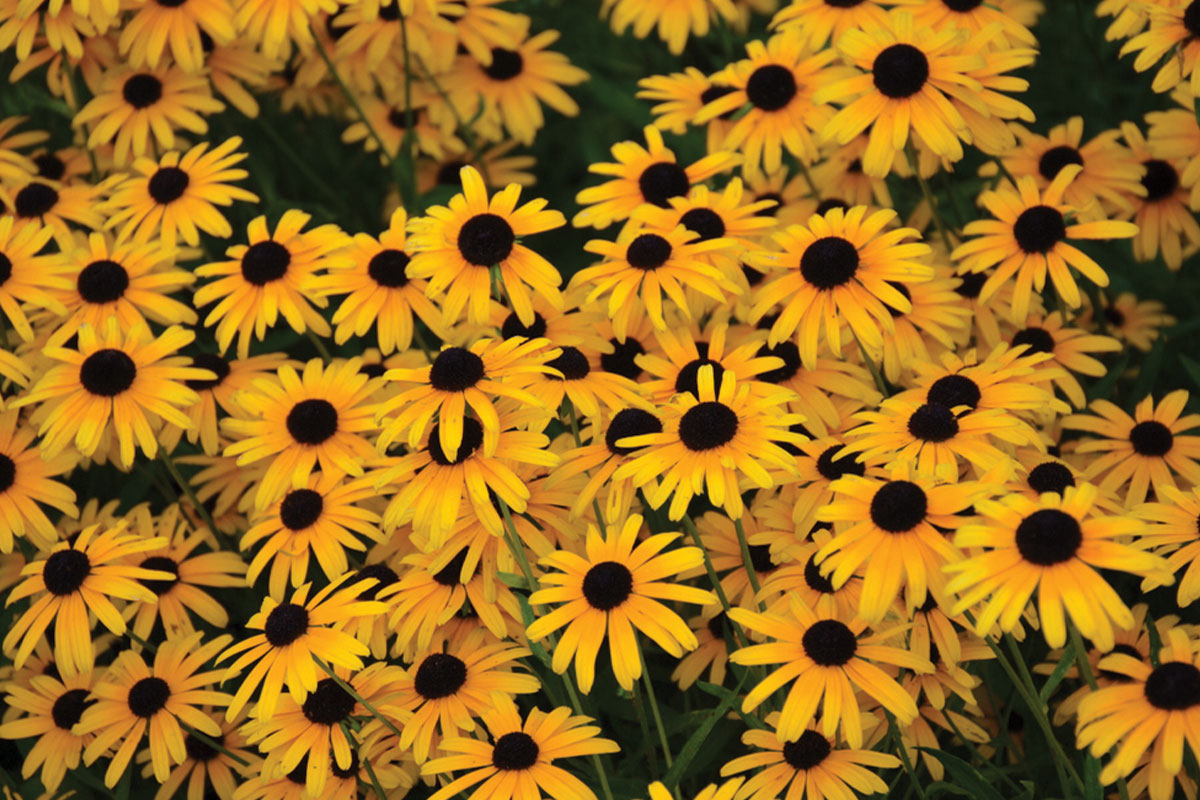 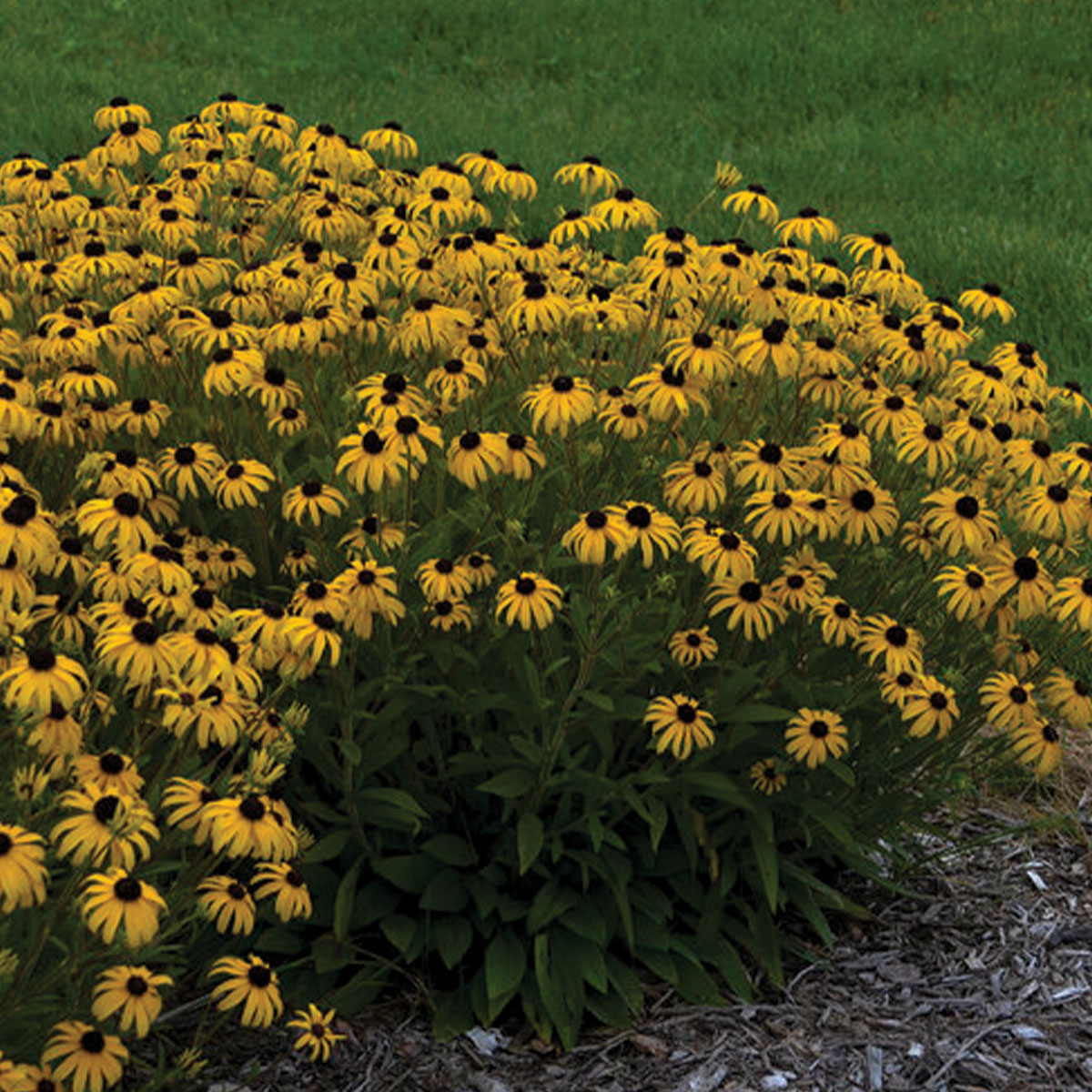 American Gold Rush in a Nutshell

*Each year the Perennial Plant Association (PPA) designates one perennial as the “Perennial Plant of the Year”. Selection is based on multiple seasons of interest, suitability for a wide range of climates, low maintenance, pest & disease resistance, and ease of propagation. If you want to create an attractive, long-blooming garden of reliable perennials the PPA’s list of Past Winners is an excellent starting point. With very few exceptions these are outstanding garden plants.